The official launch of J.S Watts' new paranormal novel, Witchlight, in both paperback and e-book editions, is taking place in May.

To get everyone in the mood, here is a reminder of what the novel is about:

And here is a taste of the opening chapter:


The cat was studying the mouse with considerable interest. Only a few seconds before, it had had its claws hooked into the soft flesh, but, being a cat, its mother had scrupulously taught it to play with its food before eating. So, it had released its trembling prey in order to watch it run and squirm some more before the final and inevitable conclusion to the age old game of cat and mouse. The mouse ran, the cat leapt, sharp claws once again sank into the mouse’s flank, strong teeth closed around skin, flesh, and bone, and the mouse, with an almost relieved sigh, plunged into the eternal blackness of the final mouse hole. The cat licked its lips and wandered off in pursuit of further feline gratification, thus missing out on a truly startling event, at least as far as the mortal human world was concerned. Then again, it was a cat, so perhaps the event would have been less surprising than failing to catch the mouse, had that happened, which of course it hadn’t; it was a cat, after all.

Twenty seconds after the cat vacated its spot in the darkest and most secluded part of the field, a blob of pale turquoise light appeared a metre or so above the grass, expanded in volume and brightness, and then disappeared with a barely audible poof!, leaving in its place a short, dapper man in well-washed blue jeans and an extremely bright, and ever so slightly twinkly, turquoise shirt. He patted himself down, smoothed his already immaculate auburn hair, and walked across the closely cropped combination of grass, thistles, and nettles towards the back of the houses overlooking the field. His intended destination was the somewhat rampant looking garden at the back of number sixty-six Basingfield Lane in which Holly Jepps, the owner, was currently attempting to tame some long-untended grass.

Holly remained unaware of her impending visitor until he leaned over the back fence, coughed politely, and in distinctly over-emphatic tones said, “Hi Holly, good to meet you. How’s it going?”

Holly looked up with a start, a look of puzzlement on her face, and a handful of grass cuttings in her left hand.

“Oh, no, no, no, no, no! It’s me who’s come to help you, girlie.” And with that, he jumped over the fence—or to be precise, he levitated over it—but Holly, being a pragmatic, level-headed woman, saw it as a jump. To be honest, as a woman two years or so off the milestone of forty, she was rather more surprised at being called girlie than by the pseudo leap. Though, as she was also fairly short and was used to being patted on the head, both metaphorically and literally, by people of more extended height, her initial reaction was actually an internal “Heightist, patronising git!” She revised this slightly as she realised he was little taller than she was and then further revised it when it occurred to her that both her garden and her personal space were being invaded by an unknown and unduly familiar man. She reached for the lawn rake, just in case.

“No need for that, girlie,” said the small, twinkly man. “I really am here to help you. I’m your fairy godfather.”

The silence that followed this announcement was dense enough to cut with a lawn mower. More explanation was clearly needed.

“Although, to be precise and, leaving out the issue of sexual preference, I’m actually a witch rather than a fairy.”

Holly briefly debated whether to hit him with the lawn rake before legging it to the kitchen door, or just run as fast as she could for the door prior to locking it firmly behind her. The man seemed to sense her thought processes and eyeballed her pointedly before clapping his hands and releasing a sizeable charm of goldfinches from between them. Holly remained rooted to the spot. He clapped his hands again, and Holly found herself sitting at her kitchen table with a mug of hot coffee in her hands. Opposite her, the man was juggling yellow coloured gemstones, which turned into canaries, flew upwards, and disappeared.

“I think, young Holly, that we need to talk.”

If you like what you've read so far, you can read a longer sample of Witchlight over on Amazon. To navigate to the correct page, just click here and, once on Amazon, click on the image of the Witchlight book cover where it says look inside.

Hope you enjoy it! 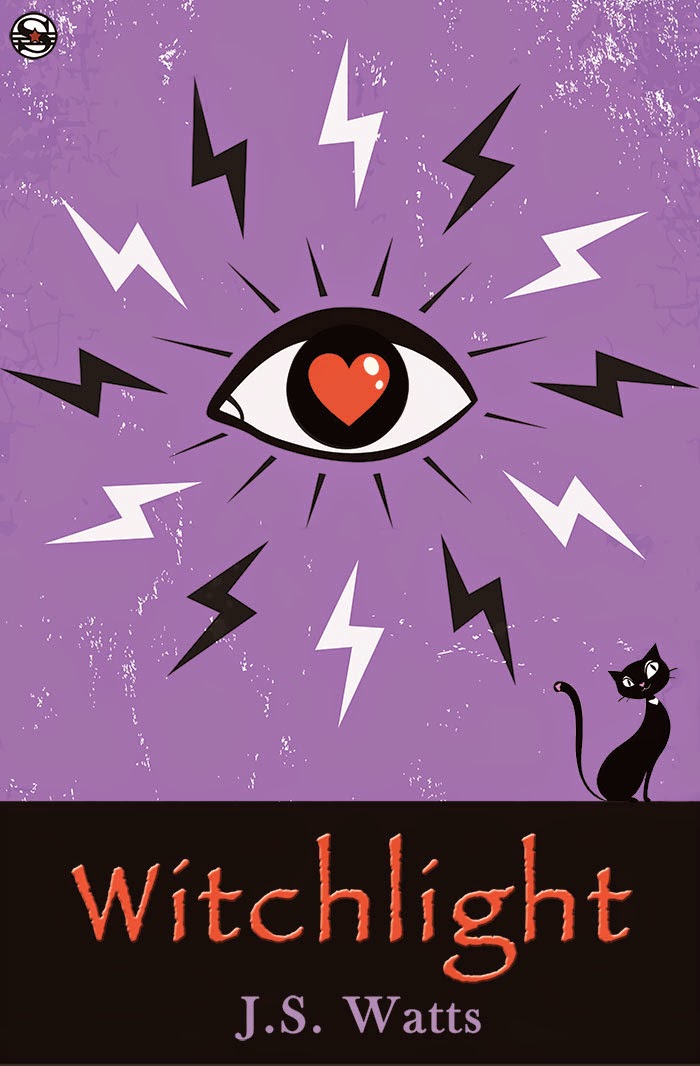