The Earth is the only known planet with seas of liquid water across its surface. It contains more water than land (approximately 71% of the planet is covered in water). Britain is an island surrounded by sea. There is every chance that humanity’s primitive ancestors first crawled out of the sea to become land dwellers. Over half of each one of us is water.

The sea birthed us, feeds us, entertains us, gives us our climate and geography. It may, some day, rise and kill us. And yet, mostly, we take it for granted.

The Submerged Sea is a metaphysical dip into the sea in all its incarnations: the real sea, the imagined sea, the sea as metaphor, the historical, the political, the ecological and the personal sea - the sea within us all.

"This is a wonderfully-atmospheric poem built on the contrast between the night-time British sea and the daytime “changeable creature of moods and tantrums”. The fragmentary approach of the poem is intuited by the title reference to “notes” which via a collection of observations, descriptions and comparisons allows the reader to share the poet’s marvelling and eventual questioning of the subject." - Roger Elkin on Night Notes on Sea (British Coast), now published in The Submerged Sea.


The Submerged Sea by J.S.Watts (ISBN 9781907435591) is published by Dempsey & Windle, rrp £6.00. It is available from selected bookstores and online from reputable outlets including: 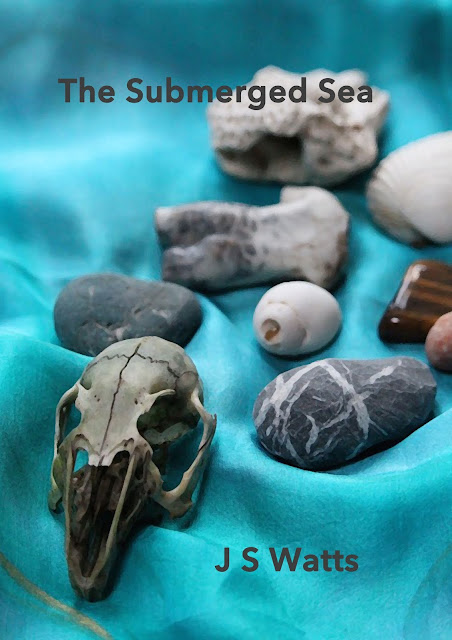