All the best to you and yours for this year's mid-winter festivities, whichever festival you choose to celebrate.

J.S. has had a couple of Christmas stories published this month, so if you haven't read them yet and fancy a free little festive read before you move on, here's:

A Christmas Tail (or Mr Dickens' Last Christmas) - a cat's eye view of Christmas (with thanks to the original Mr Dickens).

Also, for a short time (until 1st January) you can download all the stories in the Giftmas 2018 Advent anthology by going here 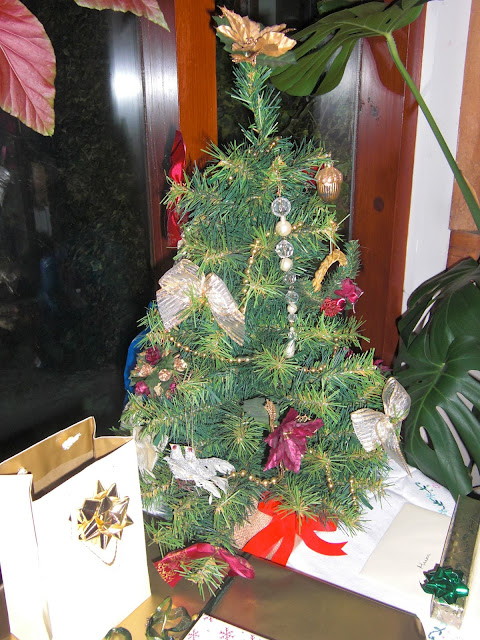 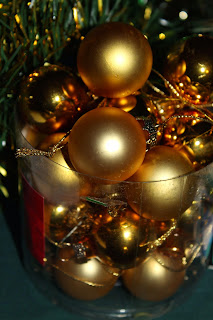 'Tis the season... and as such J.S. is very, very excited to have a brand new seasonal story out now in Issue 45 of New Myths.

It's called A Christmas Tail or Mr Dickens' Last Christmas and you can read it by clicking on the link above in the title.

J.S. has a new and mysteriously dark story in volume 10 of Ink Stains: A Dark Fiction Anthology. The story is "The Darkening Mist". Aileen has moved to a small East Anglian village to get away from her troubles, but out in the mist something is waiting:

The house crouched at the bottom of a short slope, a little way back from the old road that ran straight, with military precision, through the village. The village had been there for centuries, the road even longer.

Overnight the mist seeped upwards from the soil and wrapped the house, the road and the adjacent countryside in swathes of damp, grey muslin. Everything the muslin touched was smeared with a thin layer of frost, reducing the immediate landscape to timeless tones of uniform grey. Everything, that is, except the darker grey of the man-shaped shadow standing motionless within the mist’s embrace, just beyond the garden fence. 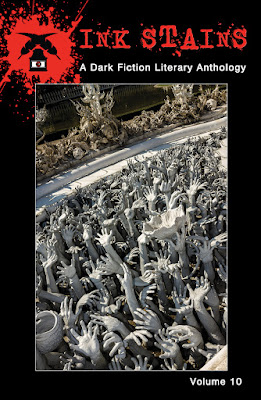 Ink Stains, a quarterly anthology published by Dark Alley Press, is about shining a stark light on the shadows of life, exploring those dimly lit corridors, and unearthing those long-buried secrets. We don’t believe good will always triumph over evil or that someone will always be around to save the day. Sometimes all we have is ourselves. And the stories that keep us turning the page.

In Volume 10 we consider - Death. Murder. Betrayal. An inevitable undoing. The selfish and terrible actions of humans rarely go unpunished in a world where Fate is a cruel mistress and Karma can be more vengeful than a woman scorned. Hell is real, and it exists here on Earth as several characters in the stories contained within can attest as they face war, jealousy, domestic violence, and supernatural forces. Some face Hell on a literal level as others discover it is of their own making. Authors Michael Barron, Eric M. Battaglia, Eddie Cantrell, Michael R. Collins, Patrick Hackeling, Matthew Lett, J.A.W. McCarthy, Karen Metcalf, Ben Nein, Liam Quinn, RL Schumacher, Caleb Stephens, C.J. Thomson, Jackie Valacich, and J.S. Watts weave together dark tales that question how far one is willing to push to get what they desire and explore the consequences of those more interested in themselves than their fellow men and women.

You can find it on Amazon UK and Amazon US 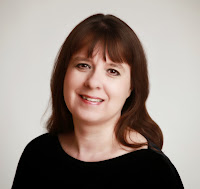 J.S. is suitably excited to have a wee poem published on Ink, Sweat and Tears today. You can read  "Last Taboo" for FREE by clicking here. 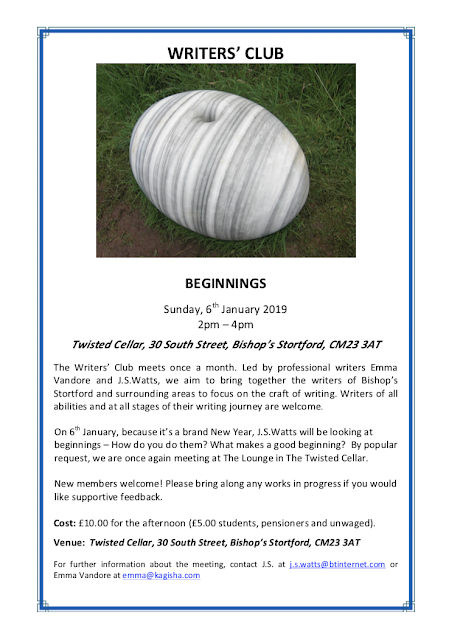 J.S. is participating in Giftmas 2018, an Advent Calendar styled blog tour featuring a new story a day from participating writers from 1st - 25th December. Its aim is to raise funds for the Edmonton Food Bank (Edmonton in Canada, that is). For ways in which you can get involved (there's a free raffle), or donate please go to Rhonda Parrish's fabulous blog. If you can't afford a donation, but have enjoyed this or other stories in the blog tour, please help us to raise the profile of the appeal by sharing the stories and/or blog-tour details on social media. 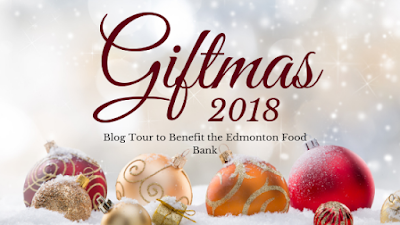 J.S.'s contribution for 7th December is a basic and earthy tale about how some of our favourite Christmas Traditions may have come about...

Christmas Traditions by J.S.Watts was first published in October 2010, in issue 9 of the much missed Ethereal Tales magazine.

The Giftmas 2018 story for 8th December will be posted by Amanda Wells — http://www.wellsaj.com/blog/


For full details of Giftmas 2018 go here or use the link at the top of this post (it's the same one).
To donate please click on this link It will take you straight through to the Charity's giving page. You’ll notice the link doesn’t go to a PayPal account or anything like that. None of this money comes to the writers. It all goes to the Edmonton Food Bank via Canada Helps. That means you can donate with confidence, knowing there is no chance your money won’t go where it’s intended. 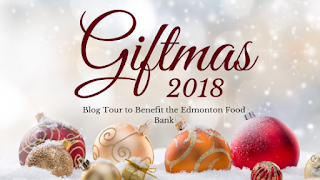